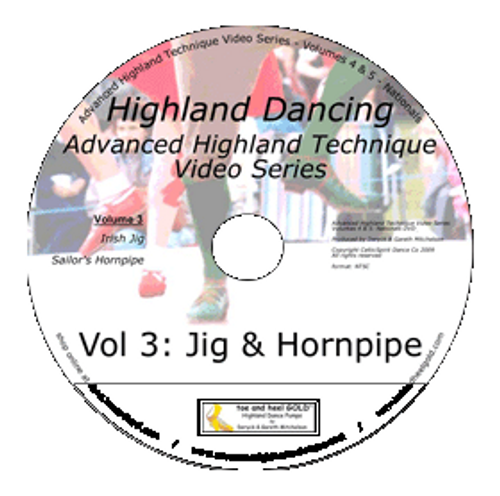 10 times World Champions Deryck and Gareth Mitchelson present the third in a series of videos focusing on Highland Dancing technique.

Volume 3 looks at the Sailors Hornpipe and Irish Jig, covering all of the

as contained in the Hornpipe and Jig book issued by the Scottish Official Board of Highland Dancing (2004 Version).

Male and female styles for each Jig step, introduction and ending are shown separately.

Steps and movements are described and demonstrated by Deryck and Gareth and by 2004 Junior World Champion Rachel McLean.